ABC News reports that “while more than a million people gathered on the National Mall to watch the historic inauguration of President Barack Obama, millions more peered at the screens of office computers and personal laptops, breaking records for views of live online video. “

SRG’s analysis is featured as part of this story on abcnews.com 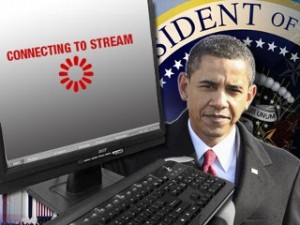 . Previous benchmarks for online video were the Beijing Olympics, SNL/Palin clips, the Presidential debates, and March Madness in 2008.

The inauguration yesterday obliterated the benchmarks set for these four combined in one day. And raised the bar in the process.