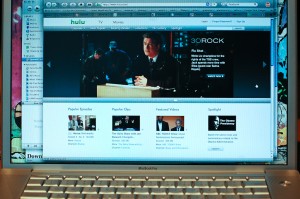 [RESEARCH RELEASE – 01/22/09] SRG’s most recent research confirms what is likely obvious to many observers – most young TV viewers are already living in a post-DVR world with much greater availability of online video both legally and also via peer-to-peer sources.

For the Prime Time is Anytime study, we interviewed 1,200 Americans aged 12 and older in November 2008, during the fall sweeps and we compared our results to past tracking surveys taken in the fall of 2007 and 2006.

Some of the key findings…

The research also found that online TV audiences are happier with their viewing experience compared to last year—46% rate their latest viewing experience on one of the network sites as excellent, up 7-points from the 2007 average of 39%. Dancing with The Stars, Desperate Housewives, Grey’s Anatomy, Heroes, The Office and House were among the top titles for online viewing on network sites.

Outside of YouTube, major the top-of-mind destinations for “videos, TV shows and movies” are ABC, Yahoo!, NBC, Hulu, MySpace and CBS, each receiving over 5% in mentions from online Americans.

More information from the study will be posted over the next few weeks, so stay tuned.

Technical:  The results are based on a survey of 1,200 online Americans aged 12 and older in November 2008 (during the last week of the sweeps) using a professionally-managed panel representative of the US online population by age, gender, region, and ethnicity. Where applicable, the results are compared to a similar survey of 1,150 interviews conducted in November 2007 and 1,600 interviews conducted in the Fall of 2006.  For more info you can email David at dackerman@srgnet.com