While ABC managed to retain the top ‘must keep TV’ channel title in America, beating Netflix by a hair in 2019, the big three streamers all improved their rankings and placed in the top 10, according to the results of the 12th annual “Must Keep TV Report,” from Solutions Research Group (SRG). 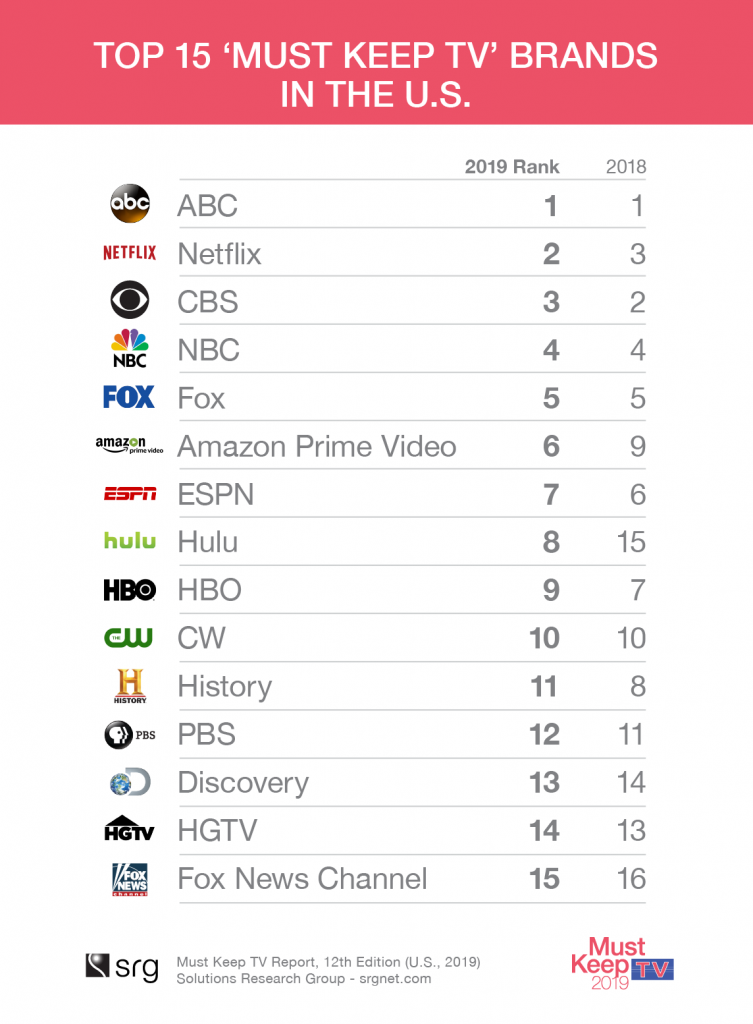 In addition to Netflix moving up one spot to #2 this year, Amazon’s Prime Video jumped three spots to land at #6 this year, while Hulu came in at #8, up seven spots from last year.

ESPN was again the top cable brand in the overall top 10 (#7 overall, #1 cable); HBO slipped to the #9 spot and CW maintained its #10 ranking for the fourth year in a row. Exiting the Top 10 this year was History, slipping to #11.

On a total 12+ audience basis, TV brands with positive momentum this year include Food Network (second best showing at #16 since 2014), Animal Planet (now ranked #19, up from #31 the year before), Disney (#23), Hallmark Channel (#25, best ever ranking in over a decade), Cooking Channel (now ranked #34, up a remarkable twenty spots since 2016) and BET (highest rank in over a decade of tracking).

AMC IS WALKING … IN THE WRONG DIRECTION

FOR THE FIRST TIME EVER, NETFLIX TOPS THE RANKINGS AMONG WOMEN 25-54

Netflix topped the W25-54 demo, followed by ABC, CBS, NBC and FOX. Prime Video and Hulu are in the #6 and #7 positions respectively – these two have both improved over last year’s rankings. Rounding out the Top 10 are HBO, HGTV and CW in this demo. 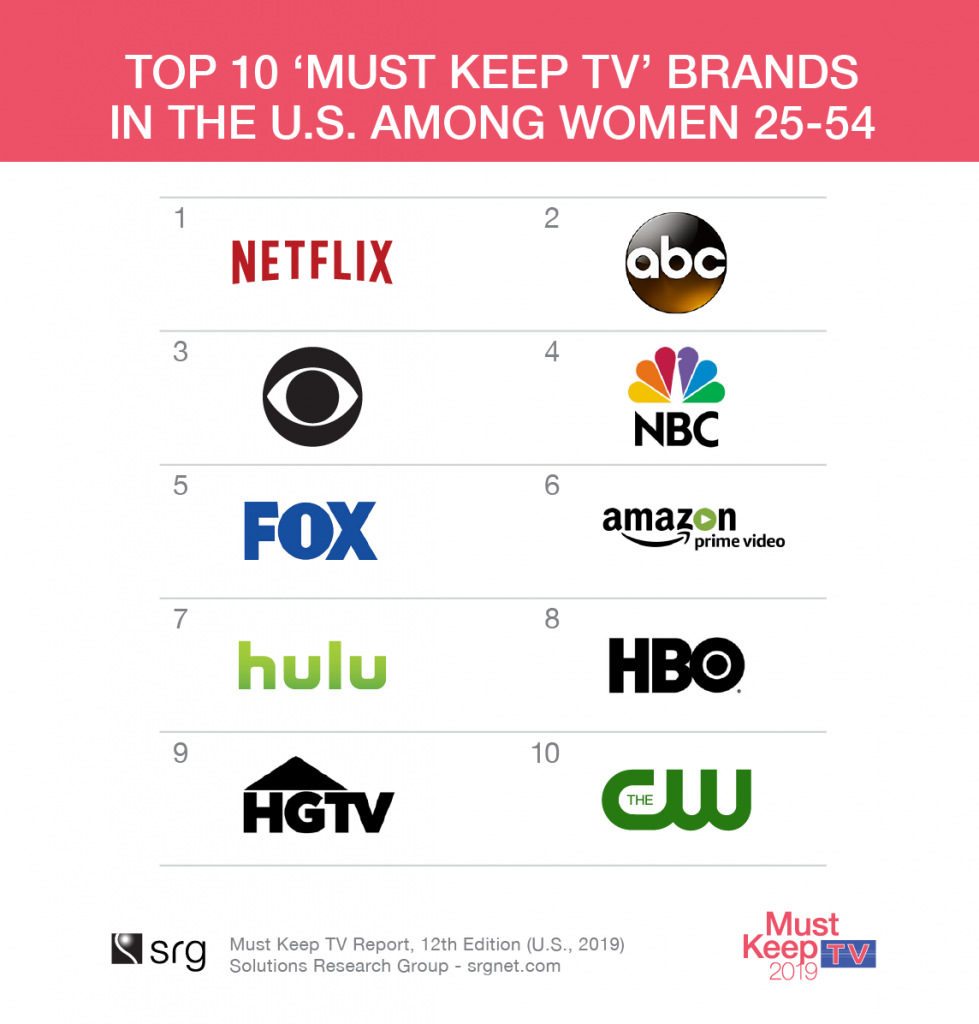 Notable brands with momentum among women 25-54 this year include Lifetime (now ranked #13, up nine positions from last year), Hallmark (#17, up six spots from last year and the brand’s best showing in 10+ years) and Nickelodeon (#18, up fourteen spots)

In 2019, on a total 12+ population basis, 64% of those interviewed included at least one of the big four networks (one or more of ABC, CBS, NBC, FOX) on their ‘must keep’ channel list. While that is still two-thirds majority, it represents a 14-point drop of 78% in 2014 and a 19-point decline from when tracking first started in 2007 when 83% included at least one network on their ‘must keep’ lists.

Technical: ‘Must Keep TV’ is an independent syndicated brand tracking survey conducted by Solutions Research Group (SRG) among a representative sample of American consumers. This is the 12th edition of the survey since 2007. The questions have been fielded and presented in a consistent manner each year. The 2019 research is based on online interviews with 1,524 American consumers aged 12 and older and conducted in April 2019 – the sample captures and represents all major population segments. For more information, please contact Robin Dryburgh (robin@srgnet.com)