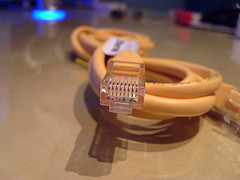 Canadians do more things on the Internet more often, from playing games and streaming movies to making social media updates and downloading music. Yet even as digital devices like tablets have made Internet access more portable, increased use hasn’t had a corresponding impact in terms of consumer literacy.

According to SRG’s Digital Life Canada quarterly, most Canadians (66%) have no idea if they have a usage cap for their home Internet and, even if they do know, what the cap may be. That figure is virtually unchanged from 68% a year earlier, despite all the buzz and public outcry about usage-based billing a year ago.

The bottom line? ISPs who advertise their data and speed specs in their ads to gain customers have to be more creative to make sure the message hits the mark. [Image Credit: DeclanTM]