Live music performances and artist tours came to a halt in March due to government-imposed restrictions to try and curb the spread of COVID-19.

No shows of any major scale — especially indoors — are expected until 2021, at best.

Artists, their crews, venues and others in the music industry have seen their incomes and revenues decimated, and many artists have streamed performances online through a variety of platforms to keep their names out there and earn some money for themselves or charities through PayPal tip jars or services such as StageIt or NoonChorus that sell tickets.

It may be paying off, as an early July Solutions Research Group survey found one-third of all online Canadians (equating to just under 10 million people aged 12 and older) reported watching a live music performance online via Instagram, Facebook or Twitch in the past month. Among those aged 18 to 29, that number grew to 50 per cent. 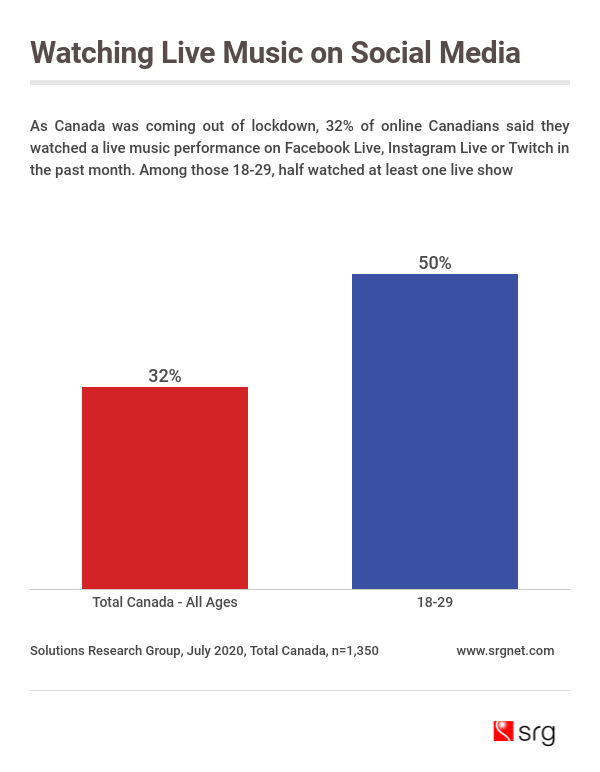 With prospects still glum for musicians and their industry for at least several months to come, online performances may present a previously largely untapped revenue stream that can be exploited by artists, record companies, managers, agents and venues to ease the pain in the short term and become an established part of the mainstream entertainment mix further down the road.

The DJ world is also taking advantage of live-streaming, with some sets by well-known spinners attracting audiences of more than 100,000 people for virtual parties.

It may be quite a while before rocking out to a favourite band with fellow fans at a bar, theatre or arena — or dancing the night away in a packed club — is considered safe or socially acceptable by a large segment of society. And while personal connections are definitely a big part of those experiences that can’t be replicated online, there’s an opportunity to make the most of unfortunate circumstances and bring these people together virtually.

Stakeholders need to come up with ideas and appropriate price points that will attract viewers to help keep live music alive.